The original and only Authorised Edition of the famous 78-cards Tarot Deck Designed by Pamela Colman Smith under the direction of Arthur Edward Waite. About the Tarot:- Tarot card reading has been traced back to as early as the year 1440. There is a belief that their use was spread by the Romanies or Knights Templar as they wandered throughout Europe. The principles that of Christianity, the life of Jesus and the angels are the main things that are emphasised in the reading of Tarot. Tarot readers use their intuition and psychic abilities to gain insight which is given to them by the specific cards they read and can read things such as what is currently happening, and what could possibly happen in the future.

Each card in a popular deck of cards has its own special meaning that is symbolic in a Tarot card reading. The specific meanings of the cards can slightly vary in their meaning depending on which Tarot deck is used for the reading.

One of the most popular decks among Tarot card readers is the Rider-Waite. It is possible that the reason this deck has become popular is that it is very easy to understand. The designs created for this deck, which was first created in 1910, were drawn by Pamela Coleman Smith, and the deck is named after famous occult scholar, Dr. Arthur Edward Waite. This Rider-Waite deck is used mainly in the Western world. Although other European countries have tried their hands at reading Tarot cards, it is the Westerners who remain most familiar with them. 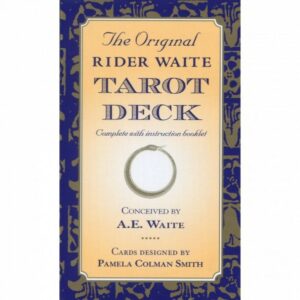